Nerd Rage is a 2D defense game in which the player repels waves of raging nerds.

A famous developer just announced the postponement of a highly anticipated game at a gaming convention. This infuriated hordes of nerds to the point of storming the developer’s booth. You play as Marla, a bodyguard. She is armed with a beanbag gun and must protect the convention from the waves of raging nerds. 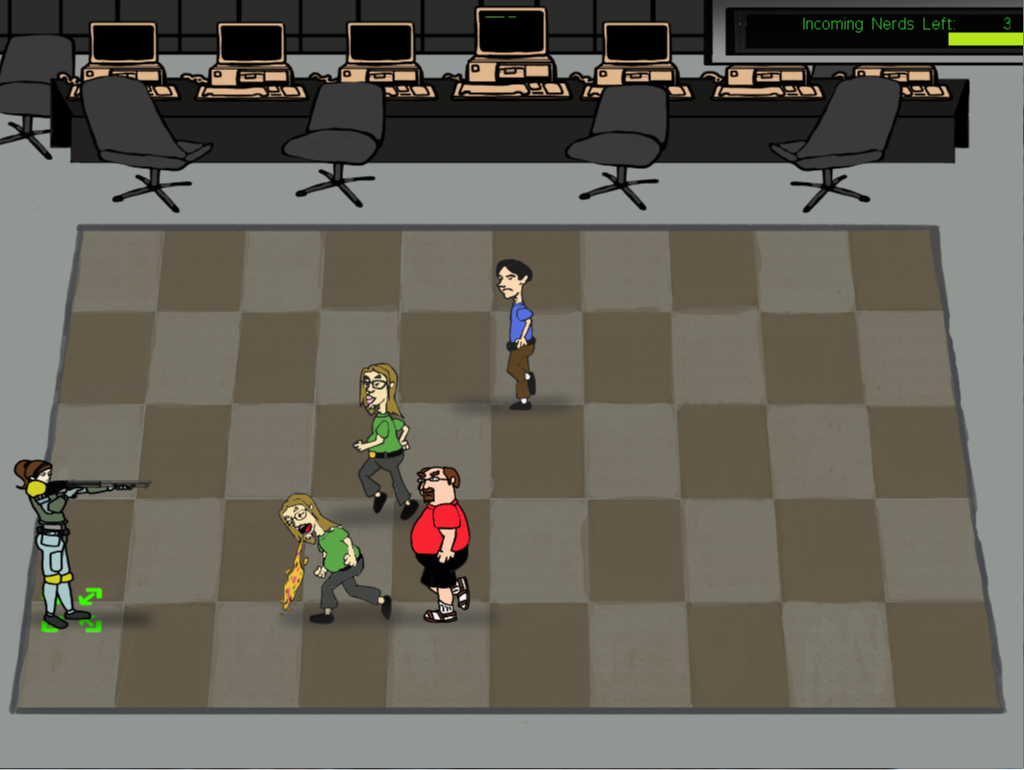 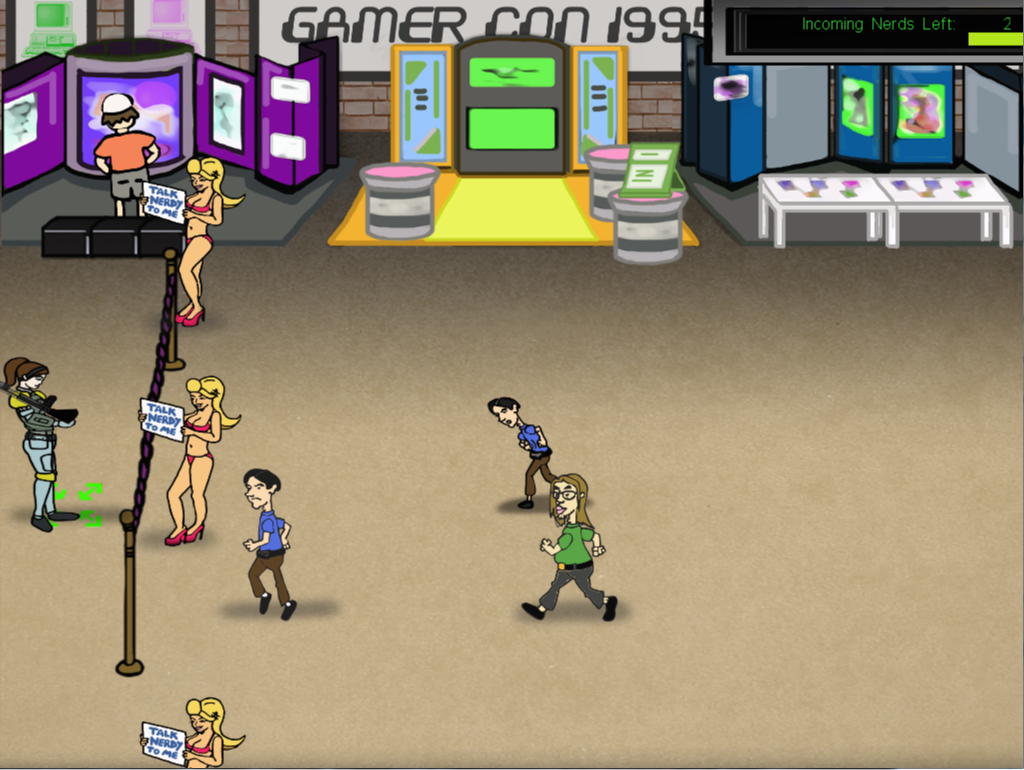 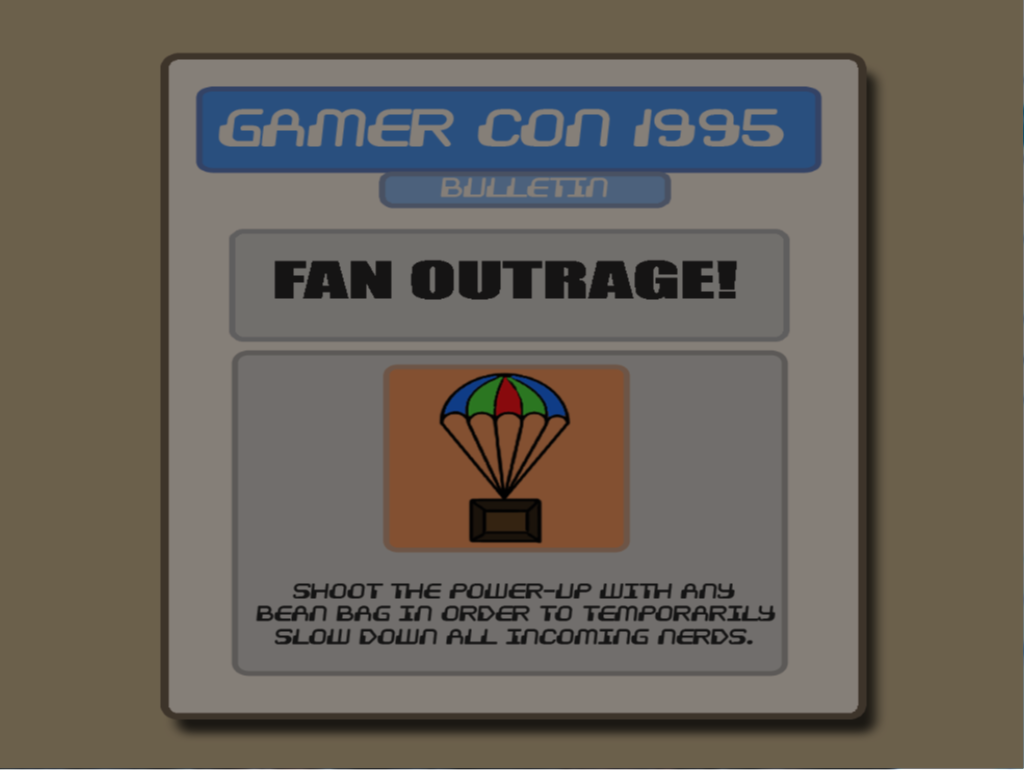 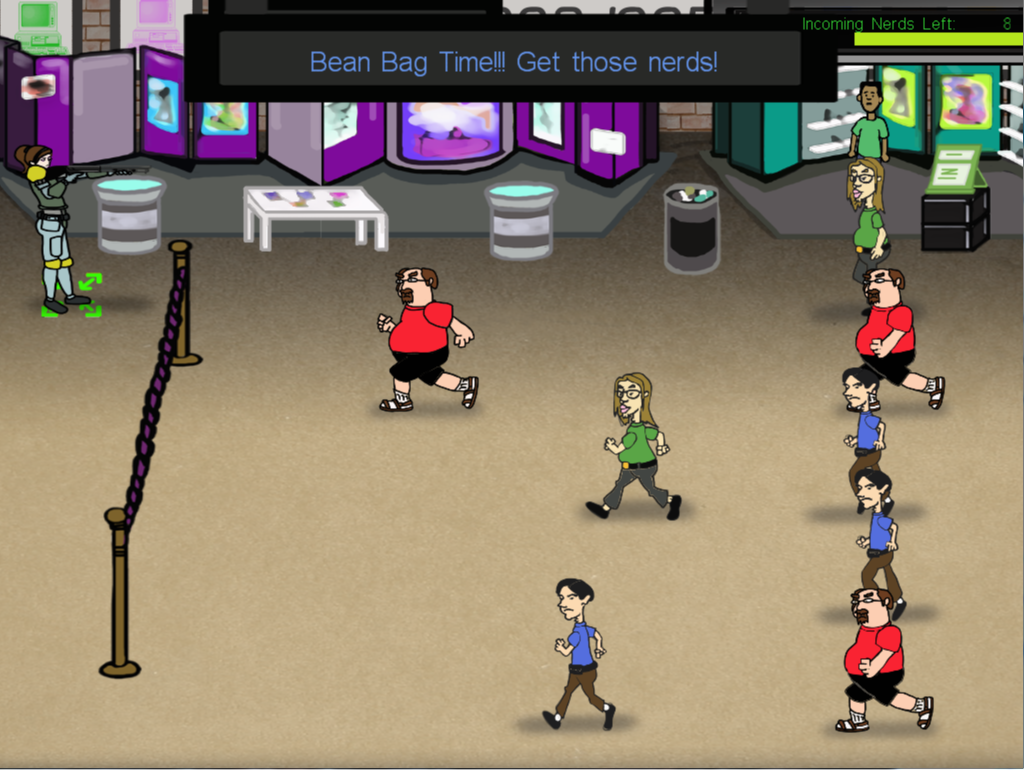 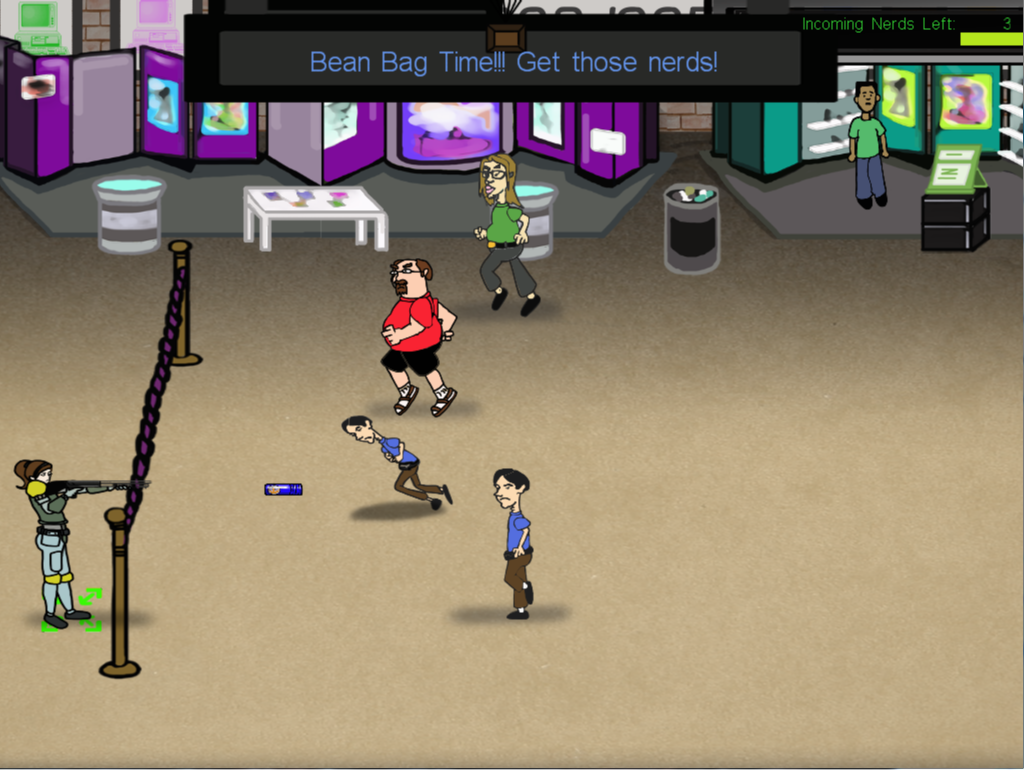 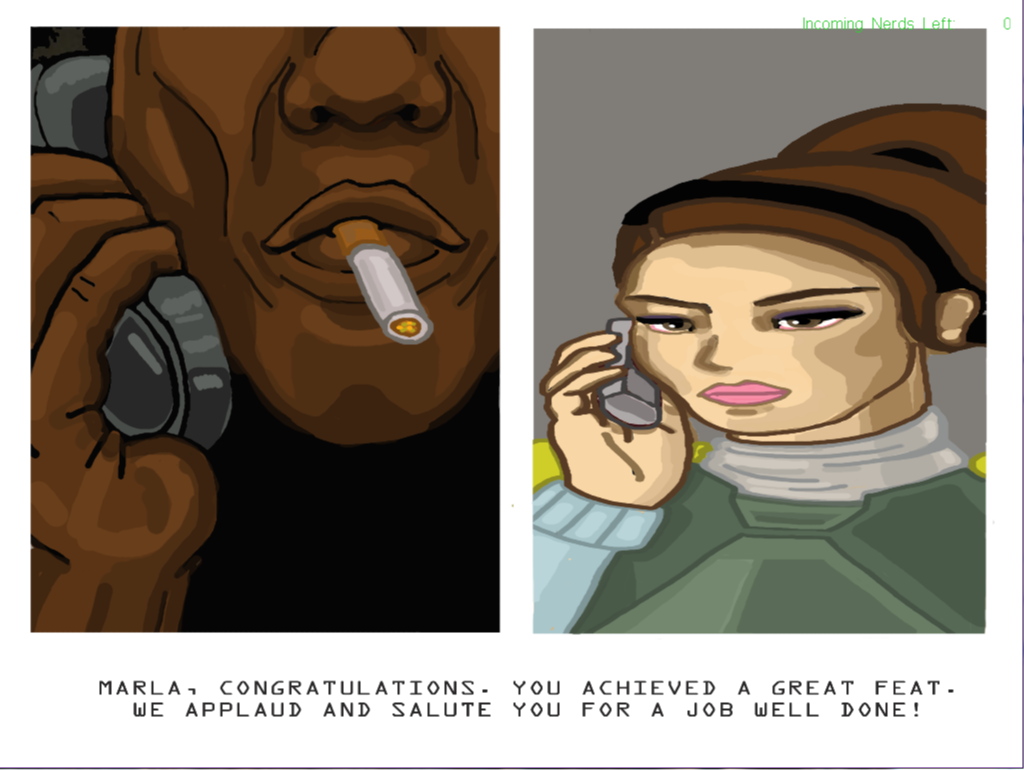 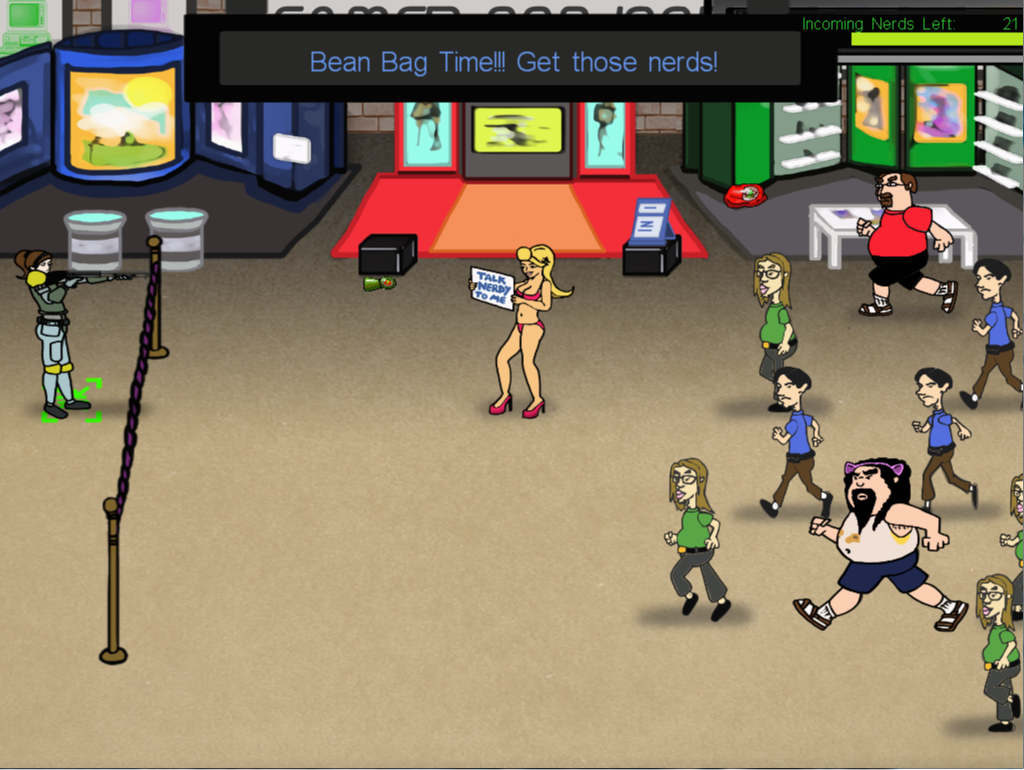 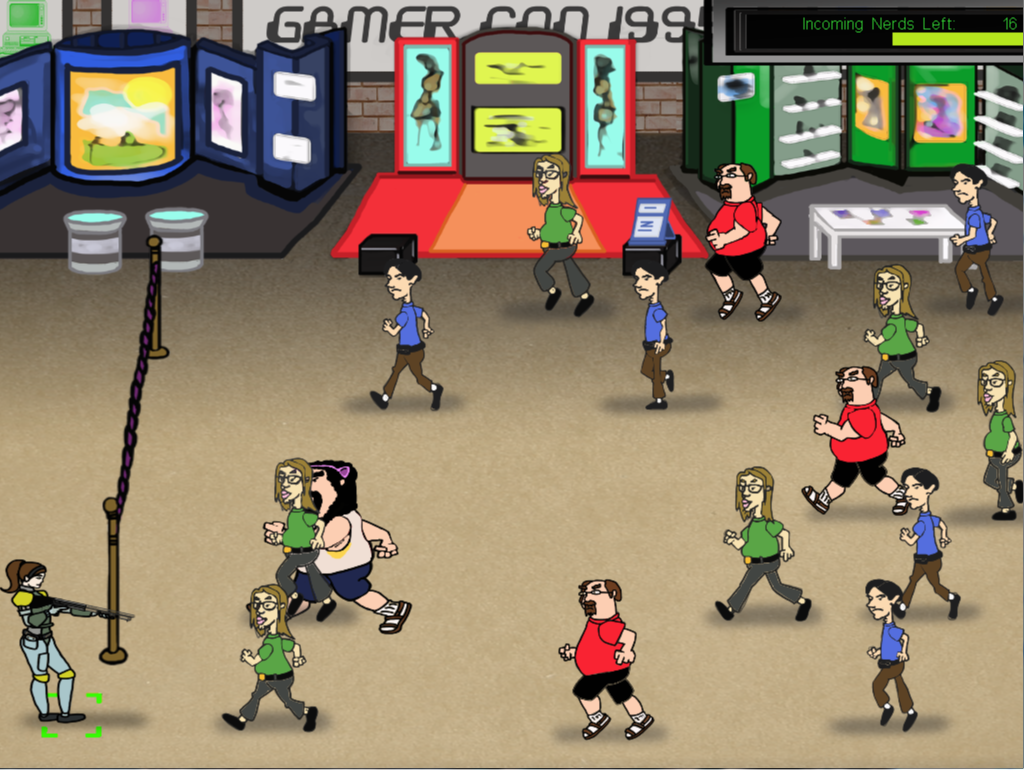